Hermóður can be her+móður, a fierce warrior, but also herm+óður, he who is out of control because of sorrow  —  for Baldurs death, then, in this context.
Icelandic hermdarverk (hermdar-verk) means: an act that veldur harmi. (causes grief).

Remember that names tell a lot. So understand all names and concepts in our myths.
Names are never any mere labels.

Hermóður rides to Helia, ground sounds heavily under Sleipnis legs.
Sleipnir is our human nervous system on whom we glide from Miðgarður to Ásgarður.

Baldur hinn góði sólguð  – Baldur the good, a sun-god.
Hermóður rides to Hel to regain his son, his sun. This resurrection of a sun-god is yule, winter-solstice in the North. 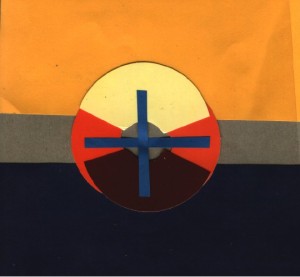 Loki tricks Höður the blind to kill Baldur.
So Judas is made from Loki in this particular role. Everything in churchianity seems to be stolen, borrowed, and recycled in a context of the system, institution, for ruling over others. Pity that the understanding got lost in the process. Perhaps that was deliberately? Knowers of Truth are not easily tricked into believing man-made contraptions.