some try to imprint the sheer lie that heathen men had no means to read or write, no alphabet, no letters or anything, until the latin one was imported to the northern countries;
truth in this issue is that we had the fuþark, the rúnir (runes….

……..but the roman empire  — that f.ex. made a new CE calendar  —  wanted the latin alphabet/letters to be the only one used in their empire (Europe), and therefore claimed the runes to be devilish stuff;
(contradictory ? sometimes: did not exist, sometimes devilish?)

all literature in runes was burnt at the stake;
only some stones, rune-stones, survived, and also some carefully hidden texts carved on wood, were saved;

we had letters, we could write and read, we had literature, fuþark (fé úr þurs….)   —

rúnir (runes) could also be used as some power, as they in compounds conveyed some hidden meaning;

note the cross on this rune-stone

rune-stones were beautifully decorated with colours, design — an art that we should respect and appreciate as our most precious cultural heritage

Vár (pronounce vaur) is a goddess of oaths, fidelity and trustworthiness;
Væringjar name themselves in her blessed name;
husband and víf (wife) have her to bless their wedding and progeny;

Syn is the “sieve”, that refuses (synjar) all ignorance; only purity gets into Glasir the silver-leaved woods;

when Óðinn is given to Óðinn, my self given to my Self  (–but that is one, not two–), we are in the self-referral state
–  and here vígsla, purifying us of sin, automatically occurs;

very simple, easy and natural, and should be practiced regularly the whole life by everyone;

móðir Jörð,  mother Earth, has the shield Svalinn, protection from sun’s hot rays;  if Svalinn falls off, both land and seas will burn up

did the olden guys, our reverent forefathers, know about the danger of the atmosphere being damaged by ignorant men’s behaviour?
the ozone layer?  the green-house effects?

-why would they warn us?   -because they knew?

mother nature is loved and worshipped as she cares for our needs;
in order to suffocate reverence to nature, she was said to be devilish stuff only, distracting men away from the church’s god who claims to be the only true god

these men’s first commandment states that there are other gods
— actually they needed not tell us that;  their god says: i am the only true one —   but we, heathen men, do not use him at all, as we have ours

nature was called skessa, the man-eating female in the mountain, but we just took her into folk-lore, and there she lives as something stable, great and wealthy, and some men really liked her, loved her, enjoyed her beauty and bounty 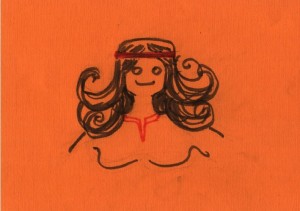 Sjöfn is the goddess of love;
the Icelandic word sjafni means a lover;    —   we invoke her when we fall in love;

great goddess-deficiency showed up when Freyja was banned along with our other goddesses;  so they in the roman empire made Miriam the Jewish girl to fill the gap

she is obedient, as to serve the dogma of the patriarchy / dominus 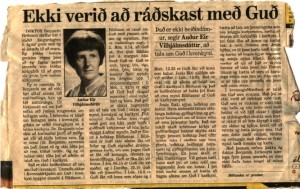 women-priests claim all evil to come from this roman-empire/church’s women disdain – the patriarchy
— claim the patriarchy to be the original sin, and the cause of all evil in society;
they even claim their god to be of female gender;   (a goddess???)

Gná, the name, seems to come straight from Sanskrit;
many Sanskrit words are found in Norse mythology, but not in other European languages 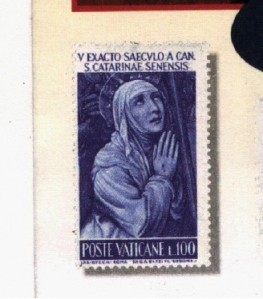 even girls were  —  and still are  — named  Dolores, Addolerata ……
women’s flesh was the cause of sin;  and suffering and pain should be woman’s role in life, in addition to obedience

dísir are delicate divine creatures;
a boy in love calls his girl-friend draumadís, the nymph of his dreams,
goddesses may have dísir as maids, servants, so Fulla is Frigg’s maid, and also Gná on her Hófvarpnir, the good horse who runs land and seas equally easily; 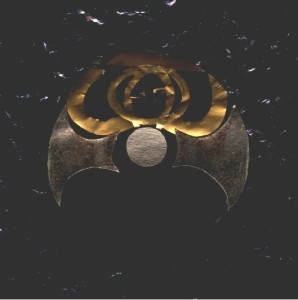 axes are symbolic for oaths

but oaths should be all about evolution, not swear to stagnation

there is nothing in the world that cannot change, as the world is all change, duality, and all about evolution from one stage to the higher one;
never make an oath on that something will not be changed, as times and ideas and circumstances change, and we too;
to be stubborn — and blame a stupid old oath — does not suffice as an excuse for stagnation; 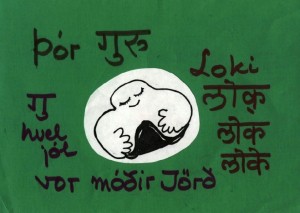 love our mother Earth, and never ever violate the laws of nature

from the earth we see the sun, the moon, the other planets, the stars, the sky;
she is the center of our world of men

mother Nature cares for our needs;  but we have to give her back !  didest thou know that??

gjöf skal gjalda ef vináttu á að halda, give back to sustain friendship;
-and how?  -how do we give her back?
-by transcending, my lovely  –   by that we nourish her

nature is a veil that hides Reality out of sight;  but know that all nature’s  gifts have come from the hidden field that underlies the visible nature

to sustain the gods we transcend, and they will sustain us;
to give back to mother Nature we transcend;
then Fenrir will not grow big, and rain will come in the right time, and Nature will care for all our needs, and we need not worry about anything;