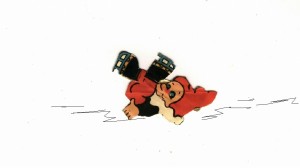 old Danish yule décor
on the yule-tree we hang décor, sweets in little bags, lights, a star on the top or a kalash (kálkur, calix, chalice; a connection from us to the sky, the heavens)  —  all are symbols for bounty in life;

yule means wheel or wheels, the eternal cycles in the world; yuletide is the junction point, the closing (loka) and the opening (ljúka upp) of the next cycle;

(note:  the word jól in Icelandic is a plural word:  jól eru (wheels are)) 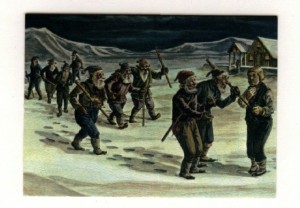 the jólasveinar in Icelandic folk-lore, are men…, well .. creatures, that live in the mountains, but come to the people during yuletide;   their assumed numbers  9 and 13 are of importance as symbolic language;

13 days before exact winter-solstice (either 22nd, 21st, or 20th December)  — the real point of yule —  the first jólasveinn comes to us,, and then one jólasveinn a day, so they are all here at the point of jól (yule);  then they return to the mountains;

they could be our deceased forefathers in disguise, who have been living in the guise of jólasveinar since forefathers-worshipped was banned by the church
we still give them food, but have to lie, and say that they stole it;

anyway, — reverence and food-offerings to heathen gods and ancestors was banned under the church, so we just said they stole some food and candles from us in the darkness of winter of the north.

we still today go to the church-yard in December, before yule, and put candles, a branch of ever-green, and a red tulip on our parents’ graves.
Nicholas of Mira, santa claus, is a substitute, and note that nisser, nisse, nissen (Danish) might have something to do with the name nicholas, some say; 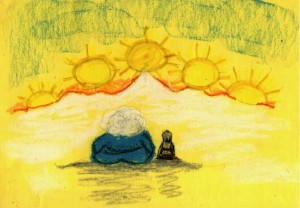 mother nature has been turned into a skessa, a dangerous man-eating female; nature-worship was banned by the church

we were told to avoid nature, fear nature;
but skessur might hold a precious egg, golden egg, that must not be broken;  they sometimes play with it, and always catch it safely;  some Icelanders are said to have visited them in the mountains, having seen their treasures, and tried to steal their golden egg;

picture:
we use the mountains in Iceland to see the winter-solstice point, jól, that varies (22nd, 21st or 20th December);

note:  the same system of counting time as we see in panþeon in Rome, for example, only that they have the ray enter the “eye” in the roof,  and see it on the floor, and on the wall;
(summer-solstice is 22nd, 21st or 20th June, mid-night sun
equinox veneral 22nd, 21st or 20th March,
equinox autumnal 22nd, 21st or 20th September;
equi-nox, day and night of same length, point on celestial sphere at which the ecliptic intersects the celestial equator) 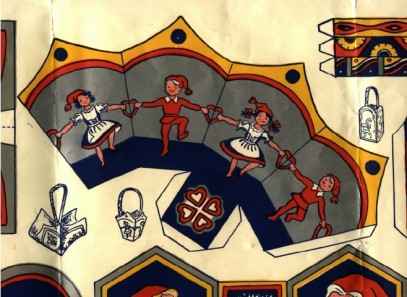 when i was a kid we could make things ourselves, or buy something like this, cut and glue and fill with cakes and bon-bon, hang them on the jólatré (yule-tree)  —  symbol of bounty on the tree of life 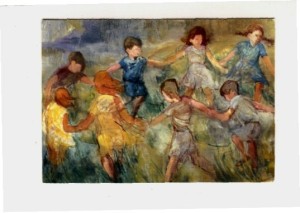 the dancing in circles, often around the jólatré, is symbolic for jól, hjól, wheel, yule, the cycle;
the sun-dance way;

a new year is born, sometimes indicated by a new-born baby in a cradle, or a in a stall in a cow-shed, laid in hay/grass;

seasonal greetings, happy yule-tide, merry christ-mass (darkness-mass),
—  and (Icelandic): óska einhverjum árs: may prosperity be there for thee for all time to come
ár here meaning a good bountiful year/time of prosperity and peace;   Freyr is that symbol

the peace at yule is in our consciousness, Freyr is in us. 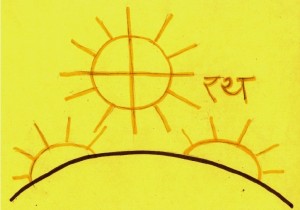 ratha is a cart, carriage, wagon, drawn by horses;  —  röðull (elf-name of the sun) is this vehicle

the 4 spokes, that form a cross,  +  are solstices (vetrarsólhvörf and sumarsólstöður) and the equinoxes (jafndægur);
they are ancient heathen holy-days, still celebrated by us;

and yule has much to do with elves
yule-tide is their favourite time;
hjól, wheel, is not only a circle, a ring, but cycles, the means to carry us onwards, forwards, you know? 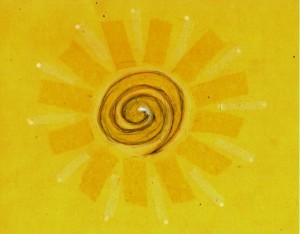 elves are elvur, rivers, channels, ways, into us, into the most precious treasure;

the elves’ treasure, the elf-cliff, and the elves themselves were a threat to the institutional doctrine, and the theocracy substituted the divine path represented by elves, with the church as a medium, intermediate, to some treasure 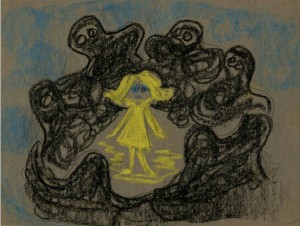 the ignorance, trolls (tröll) has to be beaten and gotten rid of

the purpose of life is becoming  pure  —   but while we do not see this  (because of our very ignorance!!!) we cannot start the task at hand 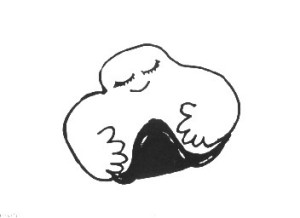 mother earth, mother of Þór, is our mother, and she gives us seasons;
Þórs father is Óðinn, consciousness;    —   and we are Þór;

we should treat our mother with respect and love, never violate the laws of nature, never be greedy and inconsiderate (see Hávamál), and she will take care of us in turn 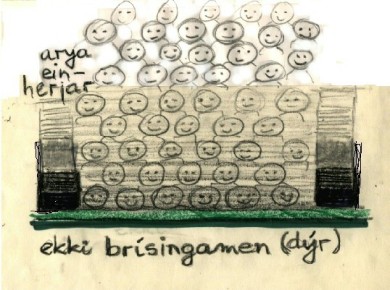 below green line:  not brísingamen, dýr=animals;
Brísingamen (the glowing gem taken care of by Freyja) is mankind

above the green line men???  no, not quite;  the ignorant man cannot bear the name man;
he is still on animal stages, even if he walks on two;

but he has Sleipnir, human nervous system; and he is responsible for his own evolution;
the trouble is that he is too engrossed in the objects of the senses to “see”, — he does not perceive of his real essence, the divine origin of all creation and creatures; 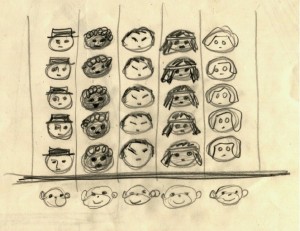 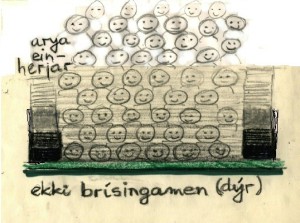 canst thou see the 90° mistake in “labelling” men?
arya (an excellent one) is the enlightened einherji

some people are racists (divide mankind by races), but i think about men on low evolutionary stages, gradually becoming einherjar, enlightened men  —  and this evolutionary process might take some many life-spans of each individual;

the fastest way to evolve —  the short-cut to Valhöll  —  is to perform a valkyrja every day: transcend;
the easy effortless and automatic technique is available now-a-days: TM (transcendental meditation);

by the raft of knowledge alone we cross the seas of sin and ignorance; 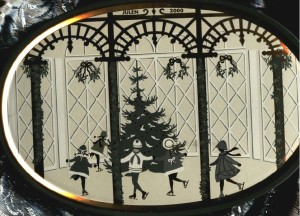 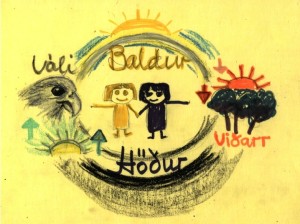 Váli hawk of morning is the first ray of our spiritual sun, and we go up to become Baldur high on the spiritual sky, víðarr is the expansion of our consciousness into the abyss of Ægir nirvana, Höður the killing thoughts, individuality expands to infinity 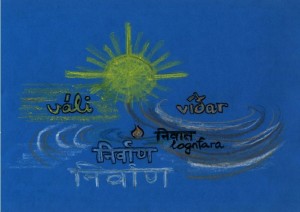 and there are yuga, eons, askur yggdrasils the mjötviður mær and its mjötuður at ragnarök;

i can go on and on, and there are cycles inside cycles in all creation;  so yule is a very profound symbol in our life on earth as a jewel, Brísingamen –  the brightest on earth: mankind