chatter 16   són  fórn (sacrifice, “to bring” (fórn færa))   expansion   going home to the field where from we came and what we are       —  symbolic language of myths and kvæði, allegory in god-spells

matter that we “see”, and claim to be solid

we know that matter is of small ever-moving unstable quarks, but we do not see that

matter is completely detached from the ginnungagap – of what it though is
ginnungagap is That which sustains it, That without which it would not exist 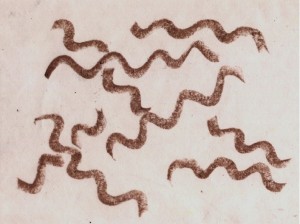 and we know that matter/energy is vibrations, Gungnir 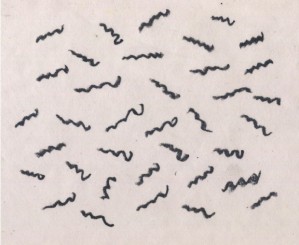 we are — i.e. our body and mind — of these matter/vibrations, but our real core is ginnungagap   –   know: we are consciousness

as our mind — being a created all-worldly phenomenon — has come from the great abyss, so it can easily become pure thought again, —    as it originally started anyway  —  and expand…..

mind becomes pure thought that experiences itself only, self-referring only, and expands to eternity, becoming the abyss only, losing its individuality, merging into its very origin, consciousness

modern science tells us that molecules expand to a huge wave when they are slowed down;
(refer to Nobel price on rubidium molecular behaviour)

so behaves our mind too!

many people transcending together in a group, become this wave of coherence and peace in the world  –  influence all from pure consciousness

a quieted mind becomes pure thought, Týr, and transcends the world of matter/energy 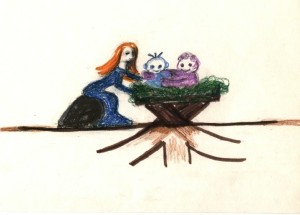 the process of performing a valkyrja, transcending, “nýsa niður” is easy and natural for any man
(nýsa niður, Hávamál, visa 138 and on)
valkyrja was born along with man
valkyrja serves human consciousness 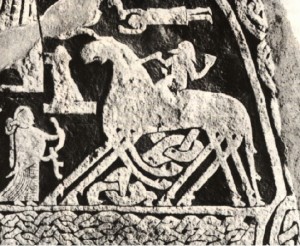 we have a human nervous system, a vehicle, a horse, Sleipnir, to run, or glide, from the world of men to the gods and goddesses in Ásgarður,

there we step off, our valkyrja has served her purpose, and we go on into the heavens  –  for a while – preferably daily, twice daily

this we do fully alive

we spoil the process of going inwards if we strain the mind, or force it, or try to manipulate it

the process is so natural to the mind, that it is automatic

if we have the wrong teaching, a wrong technique, we cannot transcend  –   we are stuck on the sphere of thoughts
we might try to replace a thought with another thought, use effort, take to controlling thoughts
but that is leading us nowhere, only leading to boring stress –producing tedious control in the name of seeking highest Truth

Gungnir, the spear of Óðinn, the weapon of consciousness, is vibrations, vibrational modes
an all-natural commencement of creation – the 5 elements, (Icelandic: höfuðskepnur (höfuð-skepnur, the 5 main-created))

our senses register the world, and serve the mind by bringing to the mind all the little joys they find in the world

mind is always looking for joy – receives only worldly joys,
so,
we have to tell it that the permanent bliss is found within, not out there

as we origin from eternity, so we can take a trip to That whenever we want to

may i repeat:
modern science tells us that molecules expand to a huge wave when they are slowed down;
so behaves our mind too!

many people transcending together in a group, become this wave of coherence and peace in the world  –  influence all from pure consciousness

we can go back and forth as we wish

the light Týr, the individual  —   and the Týr as fórn (sacrifice, “to bring”) when we visit our original “home”

vibrations on the subtle level of creation/life

vibrations we go through  —  whichever way we are going:  creating or transcending

vibrations becoming matter/particles   — in the reverse direction of transcending, particles become the waves out of which they are made

our body is vibrations  –  so our body can easily be “penetrated” and “left”  –   remember: the real we is consciousness

actually there is nothing other than ginnungagap, The Reality,
but we have that beautiful world, our universe, to live in – so for us that is reality too

particles in ginnungagap, completely detached from ginnungagap
—  having no bonds, whatsoever, to/with their origin and field of sustenance

solid that we know is of particles and vibrations,  —

we only miss out that our mind and our thought fall, as created “things”, into this scientific knowledge too

this was really funny !