Óðinn given to Óðinn, my self given to my Self (Hávamál vísa 138 and on) —  gnoþi seauton (know thyself) 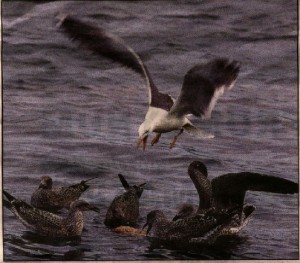 are we on this stage?  fighting for crumbs of bread?

do we not know that we are divine beings?
have we cut ourselves off from the great nourishment, our very origin, our very essence?

we do not see the wheels in which we circle, know not that cycles carry us forward
— do we behave like little piglets playing in the mud-fun-pond;

doest thou know that draugur (pronounce: drrr oi geu rrr) is neither living nor dead, is dead but eats and drinks like if he were a living man;
ghosts are spirits of the dead only, but this Icelandic phenomenon is unique in ghost-stories

i have my explanation of its origin:  listen:    the priests say, when burying a body:

of soil thou hast come (probably addressing the dead body(?) i assume), soil thou art, to soil (earth) thou goest again, from soil thou shalt anew arise (–or something in that direction–)

so the christian Icelanders, especially during the dark long northern winters, thought priests were saying some truth about dead bodies, something that should be believed 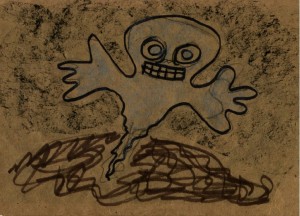 so the Icelanders waited for the draugur to rise from the soil again;

note:  fear was a large part of that southern theocratic imported threat-imposed system,
fear was exploited in that  fear- and suffer-gospel;
even elves and nature were said to be dangerous, should be feared and avoided at all cost  –  everything we enjoyed was said to be devilish, as that devil had also been invented —  as a fear-device;
funnily enough, we Icelanders never feared that devil-thing, and mocked him in funny little tales, folklore;  well – he had that warm hell-thing that would save us a lot of trouble with heating
perhaps not so bad a choice at all, hmmmmm?,

we do know that our body is the meat that Óðinn gives to Geri and Freki (see chatter 20), recycled matter and energy (remember: jötnar “eat” matter for the recycling process

but the real me, the innermost inhabitant (dweller) in the body is pure bliss, aananda (aananda is  sæla (bliss) of goddess Sól)

read this ancient Sanskrit stanza (above), many thousand years old, on aananda, that we are It, of It and emerge to It

so we see that the soil-talk (earth thou art) is a lousy version of something borrowed (stolen), and that is easily leads simple minds astray

the 4 spokes on yule is still there;  we see it every yule, right?  we know where from it comes; 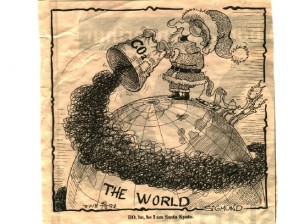 but this stupid species (that so-called) man has forgotten some of the ancient holistic wisdom;
we have violated the laws of nature, drifted away from our gods,

grem eigi goð að þér, lifum í sátt við goðin  (do not violate the divine law of the universe, live in peace with gods and nature)
do not forget that we are all-responsible, and we are not given animals to slaughter them
animals are beings on their evolutionary path, and killing is a sin, no matter who is killed;

if we transcend regularly, we gradually gain skill in action, karmasu kausalam;
our thoughts, our acts, our purpose, all become of a higher quality, one-pointed, evolutionary, spontaneously right, and we have the power of Þund (dharma, that which upholds) behind every our performance 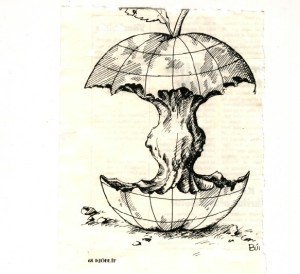 mother earth is a giving and a caring mother;  we should love her and never be greedy;
Hávamál: never take more than modestly needed 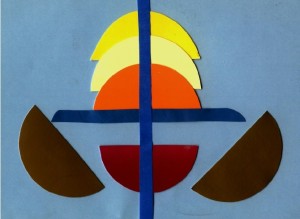 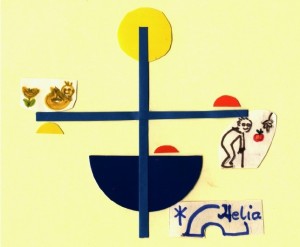 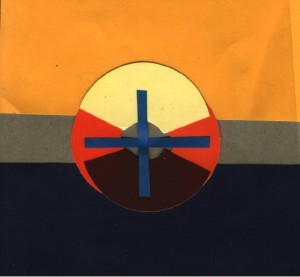 mother earth gives us seasons, and fosters us in our earthly cycles

our life on earth is necessary for our evolution, our only means for spiritual evolution;  but we must rise to bear the name a man!!! 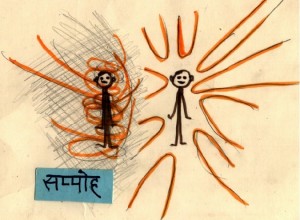 the binding influences of action is a trap that we do not see very well;
it is due to our ignorance;

the mistake of our intellect, the lure of matter, feeds the senses; the senses enjoy;
they serve the mind’s thirst and craving for joys and happiness; but senses find only worldly ones

when we have become einherjar, we see the world as aloof from ourselves, and the binding influences of our actions are there no longer

some say:  the ways of the theocratic God are unfathomable, but thousands of years ago they said in Sanskrit:  gahana karmano gatih, unfathomable is the course of action
something borrowed? (stolen?) and distorted?? here?
we should not replace creatures’ actions with something called God

gods do not take part in that action-stuff

gods are on the level of the total laws of nature, which run the whole universe in perfect orderliness

the actions are in the sphere of the 3-guna of nature, þursamegir III;
do not even try to sort them out!!

but valkyrja is an action,
the only action in the world that does not bind us to the vicious circle of impression and the incentive thereof, the seed of memory spurring next idea

personifications are meant to explain, and are a way to make the teaching interesting, give life to the wisdom conveyed
—  but personifications can become a trap, because we do not perceive the metaphor, the symbolic language, the way of conveying, the allegory, and take them as people!!!

do not forget: animals live according to their nature, each one of them;
so do men;
men on base states of consciousness cannot be called men, but when we become einherjar at last we are men

and ours is the responsibility for the animals,

so, by all means, please, transcend every day, purify thyself, to become an einherji;
this is the only way to peace, and the only way to make our beloved planet a peaceful place to live

Jörmungandur takes us to the sky of consciousness in our life on earth, — might be Pegasus the winged horse of bards, as he is a gander (goose, feather-guise in which we fly);
Fenrir, Fernisúlfur, grows when evil in men grows;
Helia is a coffee-brake between life-spans, a mild and peaceful one