note: what men sometimes call yoga, is not union of individual consciousness and universal consciousness at all !!!
many try to perform yoga on the level of thought, using thought, directing the mind by thoughts, manipulating thoughts;
it does not lead to union;  produces strain only, and is tedious, boring  —  so we will sort this out;

-How can we tell??
-by EEG;  brain-waves are being registered during transcending. If we transcend, brain-waves become harmonized. If not then not.

as the birds and fish are stream-lined, so that air and water make no resistance, so the little mouse can take the strong wind by cuddling down on the earth;

and when we get wider and wider we do not feel resistance;
we become fearless, balanced;   –   the gladness and wideness of Glaðheimar

and we get nourished from the abyss of Ægir, the unfathomable depth of our consciousness

it is bad to be cut off from ginnungagap, living in ignorance;
we should widen ourselves, purify every our cell;  it brings happiness, hamingja, and health;

there is only one way to do this, a delightful way:  perform a valkyrja, transcend the 3-guna of the created nature, take a break from her þrusamegir III

our thoughts and actions, by this, become of a higher quality, and it brings lasting joy

this has to be explained:
TM (transcendental meditation) is an easy technique to transcend, tailored for the working man, for the householder

(the yellow runes TM® left; the easy technique which got lost for some period of time, cut-off as it were);

there are other systems, not all working, some of them very difficult, not fit for the busy man in the world;
they have sprouted into many branches;
gradually people started to see them as impossible, and assumed that spirituality were not for the man of the world;
they got cut off, and ignorance and Fenrir dominated the people as time passed by;
even seekers of Truth tried in vain for a life-time, never to transcend at all, straining and forcing and waiting for something that never came

great variety is on the marked for the senses: the variety is the objects of the senses to which the senses get attached;
the senses serve the mind;  they try to please the mind by bringing to it joy of all worldly kinds;
the mind — we — are always seeking joy and happiness;  chasing things that could bring fun;
the senses lead the mind out into the world, as they are made exclusively for the world;

and when we learn about that inner hamingja (imbibed divine happiness) to be sought in the abyss of silence and peace, we gradually expand our mind;  –   we now seek real joy, lasting joy, found in our very origin!

the orderliness is brought into the “thinking again” in the world

but we have to work on it;
to swallow a whole jar of slimming-pills at night, in order to wake up thin the next morning, will not seem rational, will it? 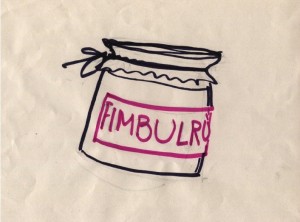 fimbulrúnir are not for sale in the world; they are earned by regularly transcending the 3-guna of nature, þursamegir III (Hávamál vísa 138 and on)  —  and then (in-between) working in the world

we have to dive into the abyss of Ægir, into the height of Glaðheimar, into our innermost ginnungagap, over and over again,  daily, twice daily, as a routine – for a little period of time each time;

thought can be intense on its way in, but we do not let the thought’s vividness disturb our aim, which is to have the thought calmed by itself, until it becomes pure thought, then to sink, sóast, fórnast (be given), into its very origin;
complete loss of the worldly (the thought) —  an automatic process, that should not be disturbed by thoughts, tries, expectations, or any interfering with the process

dismiss thoughts during this time as just thoughts (worldly stuff, unnecessary right now);
they belong to the sphere that we are ridding us of right now

luring the sense of hearing to look inwards

by the technique, —  the easy natural mental technique TM  –, we use a special sound to keep the mind alert – but not thinking of anything special;

this is not concentrating, not contemplating, and it is not directing the mind, not pushing it at all;
all strain and effort only spoils the natural automatic path home to the origin of the mind

endless numbers of difficult, most of the time useless, systems have come and gone;
they might not lead to union (yog) at all;
unfortunately the busy man thought of his spiritual evolution as impossible, and this lead to base national consciousness  —  a drastically dangerous thing to have in societies

Þjóðvitnir, in his ignorance-business, has put some inflated rubber-valkyries on the branches  —  and he is boosting about his cunningness – they are completely useless for transcending, but it makes money

we do not pull the bow-string, let go, pull a little, stop pulling, no !  we are only going to put the arrow on the string, pull back, and shoot;

when we are performing our valkyrja  —  for a little period of time every day — we are doing _that_, not anything else;
we do not disturb the mind in its process of becoming a thought, the thought becoming pure thought, and then emerging into the abyss of consciousness;
during the rest of the 24 hours we work and play and sleep;

we do not have to “make” the mind one-pointed, because it wants to go home when it has become pure thought only, naturally one-pointed

the monkey jumps form tree to tree to find bananas, —  and when he finds a bunch of them, he is contented, stops running, and enjoys;
so behaves the mind  —   even if we sometimes claim mind to behave like a silly monkey

in the world we jump from joy to joy, as they are little joys;
finding the boundless bliss we just enjoy 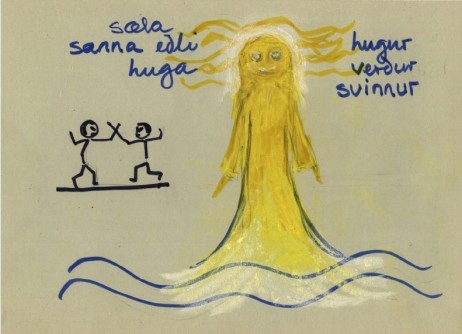 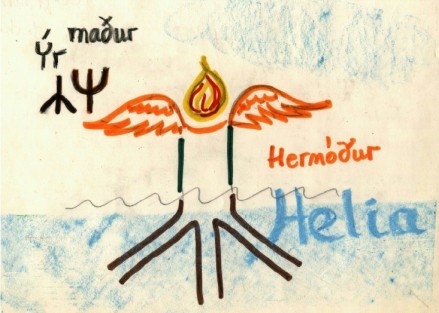 many versions of the irminsul are to be found in Europe;
i wonder if my vision of it would be the original motive:
Hermóður (Her-móður or Herm-óður) went to Helia to get Baldur back, resurrect him;
our pure thought transcends and finds the 3 roots of askur yggdrasils, which draw the nourishing sap of life from the unknown abyss into life;
had the theocracy churchianity understood this, they would have destroyed all these symbols; but luckily they did not understand the symbolic language of myths; saw only the surface;

consciousness in the world is rising to discrimination and true understanding.