chatter 10  —  heart mind   love duty   and the “third element” when we are in a dilemma because of the duality of the world    —  symbolic language of myths and kvæði, allegory in god-spells

Óðinn given to Óðinn, my self given to my Self (Hávamál vísa 138 and on) —  gnoþi seauton (know thyself) 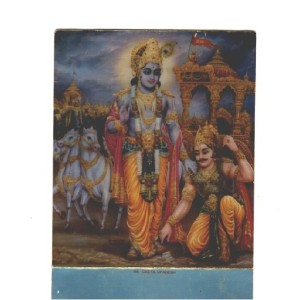 at Kuruksetra, Krishna (Bhagavan) and Arjuna, the Bhagavat gita

—  does thou know the reason for and cause of Arjuna not being able to hold Gandiva?

in stansa 25 of the 1st chapter Hrishikesha (lord Krishna) says
—   after having drawn up the magnificent chariot between the two armies (I 24) — :
“Partha! (Arjuna!, vocative), behold these Kurus gathered together”

many translators (all?) and commentators have missed this out; these were the first words of Krishna on the battlefield, addressing Arjun (note: vocative case)

so Arjuna opened his eyes, not only to duty as a ksatrya, but also to his heart, his love;

his heart refuses the killing of friends and kinsmen, his mind argues it to be his duty to kill when Fenrir has grown as to drive men to greed and evil

heart and mind form a part of the duality in the created world;
the greatest archer of all times is unable to hold his bow Gandiva;
this man of exalted consciousness has no solution: he has learned the skill of fighting, he is defending righteousness, he has duties towards others,  —   yet he cannot act  –  because of love

Krishna set him up to this —  only later to bring in the third element, That, which has no duality and is the solution of every problem in the world

learn from this book:
the world´s greatest spiritual and scientific teacher,  Maharishi Mahesh Yogi on the Bhagavad-Gita, a new translation and commentary, chapters 1-6;
reprinted many many times since 1967;  try ISBN 0-14-002913-3 (or later editions)

when evil has grown too much, mother nature can take no more and she bursts

when we violate the laws of nature day after day, year after year, she, her patience, can take it not more

she cares for our needs if we give back, and that we do by transcending;
if we do not, then we are mere thieves

yuga is all cycles;
in dark ages we suffer;
in the end we get saved, the wisdom is regained

in good times men know that they are spiritual beings, they practice transcending, preform yagya, 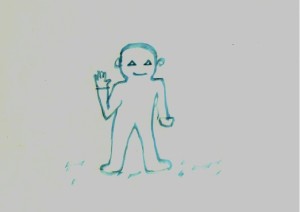 but if we lose contact to inner divinity, if we do not practice transcending, we get, as it were, cut off from the divine inner nature and its nourishment;

still we try to be good

try to show goodness and love to each other, and talk a lot about that love

but when we do not practice transcending, do not know how to contact the higher Self, this love-business becomes difficult and unnatural —   we might try to restrain ourselves, but stress accumulates

we try to solve our problems and disagreements by talking

we ask someone that we think is good,  — whom claims to know a lot about purpose of life

he claims that big “him” to want lands, and for “him” we must kill 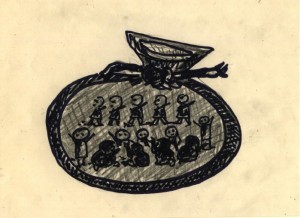 but yet we claim the world to be full of problems, and small fleeting joys, and misery

in these times someone comes

we have to learn the technique to transcend, to give Óðinn (individuality) to Óðinn (our real Self)

it has come to the end of a bad cycle, nature bursts, and then we regain spirituality 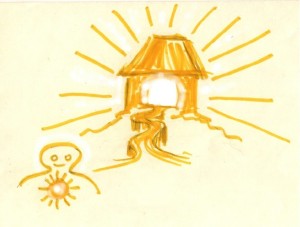 smriti labta, Mímir regained; we regain memory of what we are

so, if you are caught in the duality in the world,  —   such as heart and mind not agreeing on that “right” action to perform or a that “right” opinion to have  —    just use the easy technique, bring in the element of no duality and no time, the third element — basis of life,

be without the 3-guna, þursamegir III, the all-powerful rulers of the world of duality
transcend every day for a little period of time

in Hávamál it is called to nýsa niður

now is the time in the world to glide into a sat-yuga,   — then satyam will be our share;

but to gain it we have to help

those on higher stages of consciousness help the whole world; the animals depend on us, the men on lower stages need us to do this or they will drag the whole world down;

so we just do that, become really spiritual beings, not by talking and praying and hoping, but by bringing into life the third element, the ginn-holy gap, the field of no duality.