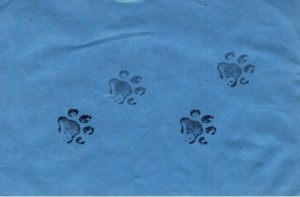 what a noise does the cat make when it walks? 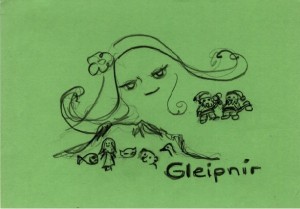 Gleipnir, the bonds that hold evil, is made from the noise of the cat’s treading, the sinews of the bear, the spittle of birds, and breath of the fish, the roots of the mountain, a woman’s beard, some many intangible subtle “things”, worldly, found in the sphere of mother Nature —  and made by the dwarfs

Gleipnir is our good evolutionary deeds, but Drómi and Læðingur (sloths and drowsiness, carelessness and lack of responsibility) are useless in holding Fenrir, Fenrisúlfur, the accumulated evil actions of men 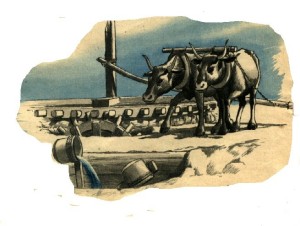 domestic animals often perform tedious work for us, are our slaves;
being a slave is bad, but being a willing servant is good;
we should not be slaves to our longings and work, but should serve evolution, perform valkyrja each day, enjoy a beautiful life in freedom

freedom is: being free from the bonds of matter;

we do not understand this as we have never been free in this real meaning of the concept!!
but one day we will;  that is the day when we come permanently to Valhöll

Týr is right action, he is responsibility, he is the pure conscience, the correct and divine sense of right and wrong

Týr is divine law (not man-made incomplete law), Týr is the purity of perfect law in accord with the Laws of Nature  —  that run the whole universe perfectly;  Maharishi Mahesh Yogi, physicist, the greatest scientist of our age, calls Natural Law: The Constitution of the Universe.

when we sacrifice our individuality into the great abyss of existence, we gain the properties of Týr, the god of righteousness and altruism  (the contrary to egoism)   —  unselfishness, selflessness

an enlightened man lives for the sake of others only,
—  he lives not for his egoistic purposes as he has none such ambitions

the constitution of the universe, total natural law, is divine like Týr, perfection, orderliness, righteousness

when we practice the technique, the delicate and powerful mental technique to transcend (TM), we get expanded to the limitless;

we are ginnungagap exclusively, we find Glaðheimar of Óðinn, the unbounded consciousness;

þöll sús stendur þorpi á….., a tree that stands on a hill, is not sheltered when winds blow;

we might be happy-go-happy when worldly things seem to go our way, but the only real resistance against the ups and downs in life is to gain fimbulrúnir (Hávamál);
them we gain by performing a valkyrja (transcending) 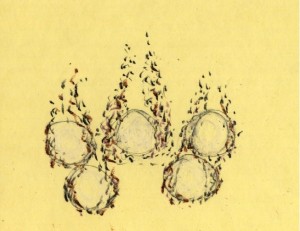 this is how gruggur, filth, ignorance, stress, is gotten rid of by performing a valkyrja (transcend)

note:  waking, sleeping, dreaming are 3 states of consciousness that we know;
“the fourth” is the transcendental state  (and there are still higher ones, such as the next one cosmic consciousness, Valhöll)

stress is produced when we are frightened or worried;  it is good for animals to have the extra adrenalin to enable them to fight or flee on moments of peril;  by running they use it and sieve it out;

in us it is useless (in our sheltered life) and it accumulates;
what is meant as means to save a life, is in man the very stuff to corrode the body it was meant to salvage  –  accumulated stress, unused flee-fight-clout

inferiority complex, megalomania, egocentricism, and other stupid things that come from comparison with others and their things in life, are not good for our own purity;

refer to thy self, the evolving individual that thou art;  that should be a good comparison to what thou art now, and thy intentions for the next step;

in the self-referral state of consciousness, —  Óðinn Vili Véi….

Óðinn the knowledge, Vili the will to seek knowledge (the process), and what we find in that self-referral state: Véi knowledge,  —

…..is the best podium for us to purify ourselves  —   ridding us of the unnecessary comparison with the Jones next door;  we do not need that criterion on ourselves;  our norm is the normal for us on our evolutionary path 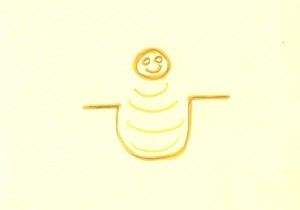 i am so deep, so profound, in myself, that i am self-sufficient, self-contained, and mother Nature cares for my needs

—   if i give her back by transcending, thus living in the flow with the flawless orderliness of the laws of nature;

if i just take and take, and do not give her back by performing my valkyrja, i am a mere thief 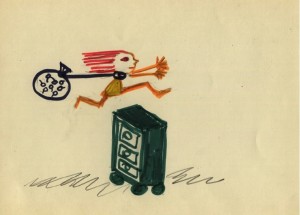 we might think that dying, getting rid of this life on earth, would be a solution to troubles, 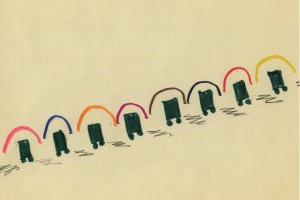 the only way to get out of the vicious cycle of actions, rise above that, is to start performing a valkyrja, and do that every day for a little span of time;
then work and sleep and play will be richer, and desire of a more refined nature 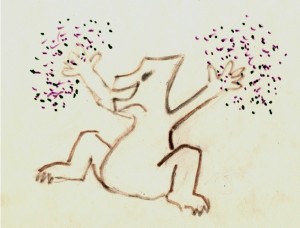 Þjóðvitnir runs a profitable business in the age of ignorance
he sees to it that there are the objects of the senses all around, and to that stuff the senses get attached;
the mistake of our intellect, the business Þjóðvitnir, the lure of matter, is invisible to us
until we become Sága the seeress in Valhöll

we cannot blame Þjóðvitnir for feeding our senses, because he is unreal, he is only our ignorance, and should not be there at all   —  but he is! 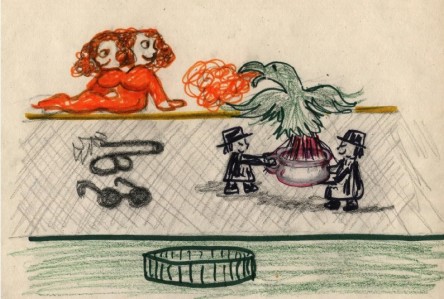 Óðinn, in the guise of an eagle, got the mead of wisdom from Gunnlöð; some of it got into Ásgarður, but out of the rare end came skáldfífla hlutur (—the part caught by those who think they are bards, but speak empty flowery words about the sphere of life that they do not fathom—)

below the green line:   animals, paradisos,  —  and the animal stage is carried into human life;
this is Gymisgarðar (see Gerður in Skírnismál)

we do not see that we are Þjóðvitnis “fish” (the grey zone), so we are an easy prey — thou canst see(!!) that we do not see

Óðinn as the eagle, the mead of wisdom, guarded by Gunnlöð in Hnitbjörg, given to Óðinn for his love; 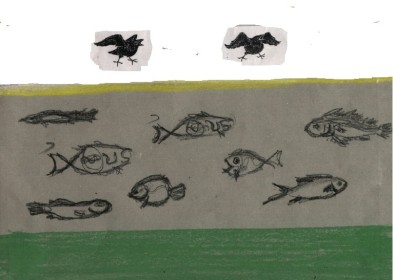 green:  animals (and they act according to their nature without possessing free will)
fish in grey zone:  men that get attached to the objects of the senses and see not Truth Itself
top: Huginn (yogin) og Muninn (munih), getting enlightened, living in Valhöll with Óðinn

here we see why we do not see Þjóðvitnir and his profitable business: the lure of matter 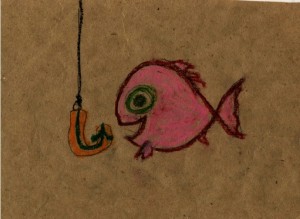 so we easily take his bait, happy go happy

the seed is a very normal thing to us, containing information for the future;

how precise the symbolic language of myths when they use nuts and seeds, to explain the memory taken from ævi to ævi (life-span to life-span) 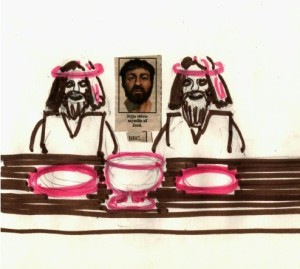 from this our ancient metaphor was stolen(/borrowed) the distortion of sitting at the table with jesus christ after the death of a body;  and even worse:  the one-lifespan-only was invented (by a churchian assembly) in order to create pressure and convert men (–running out of time, hell-fire waiting to consume the sinful and all non-churchmembers–)

dvitiyad eva bhayam bhavati, the duality certainly brings fright, that is: the world is all dualities, hot-cold, good-bad, opposites, extremes, uncertainty;   this is the very cause for our worries and insecurity-feeling;

if we get rid of the 3-guna, þursamegir III, the 3 qualities of nature that dominate the created world, then we enter a sphere of no duality, peace, stability, —   the one-ness (eind) of ginnungagap,
— and we are That in core and essence;   we enter into our Self

the staff of the good shepherd is no security; it is all in the field of duality and fear; the staff is a tool to catch naughty lambs 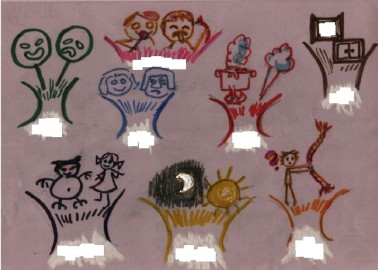 the white spots are supposed to show the sphere of non-duality, ginnungagap;
we should get out of the field of the 3-guna, þursamegir III, every now and then to stabilize ourselves
simple:
Óðinn given to Óðinn:
which is the contact of Óðinn (individual consciousness) with Óðinn (unbounded consciousness); they are not two but one and the same:

my self becoming my Self, i given to me, Óðinn to Óðinn  (ancient heathen advise), the pathless path to the self-referral state 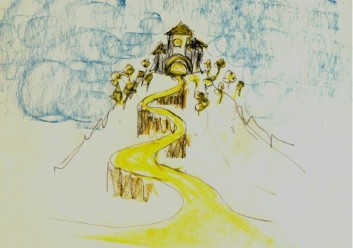 Valhöll, a state of consciousness of an enlightened man;

no longer in the target group of Þóðvitnir, an exalted state of consciousness of a living man, an einherji